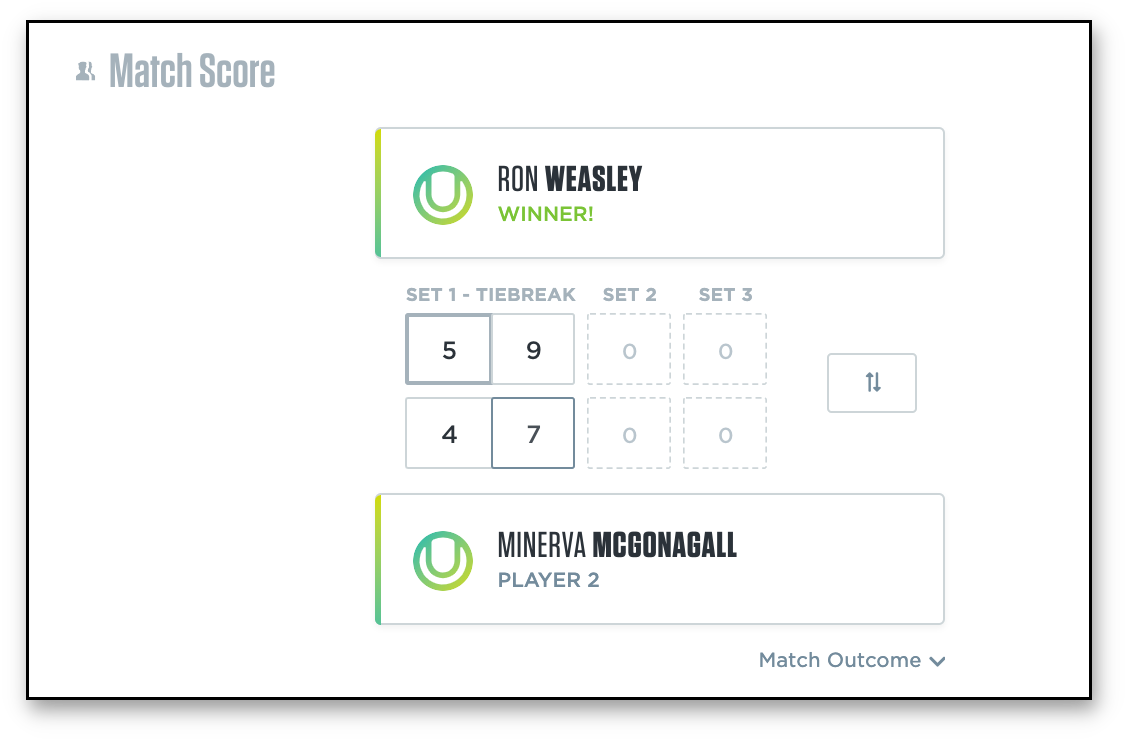 Note: The system assumes that set tiebreaks were played to 7 points, but also assumes that the tiebreak winner must have won by at least two points. It's therefore not possible to enter a tie score (ex. 7-7) in a set tiebreak, or a score where the winner gained fewer than 7 points (ex. 5-2), but it is possible to have more than 7 points if the loser was two points behind (ex. 9-7, as shown in the image above).

If your players split the first two sets, and you're using a 10-point match tiebreak in lieu of a third set, you'll enter a score of 1-0 for the third set. When our system sees 1-0 entered for the games in the third set, a pair of match tiebreak boxes will appear, into which you can record the score: 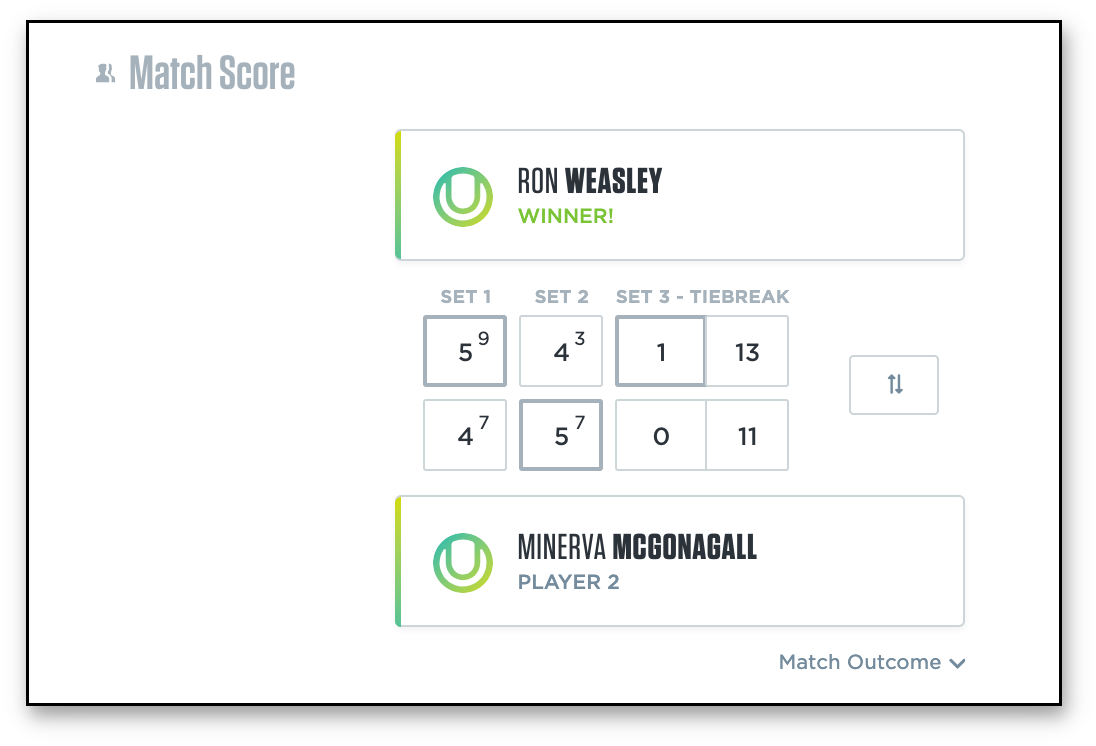 Note: The system assumes that match tiebreaks were played to 10 points and, again, assumes that the tiebreak winner won by at least two points (ex. 13-11, as shown above).

Pro Tip: If the point system you use in your tiebreaks doesn't fit within the 7-point set tiebreak standard or the 10-point match tiebreak standard, we suggest that you leave the tiebreak point boxes blank for display purposes. The algorithm does not incorporate the points won within games or tiebreaks in calculating the ratings, and leaving the boxes blank will eliminate the confusion that could result when the system automatically adjusts the tiebreak scores to fit the 7- or 10-point standard. Regardless of the points scored within the tiebreak, a set tiebreak will be counted as 1 game by the algorithm and a match tiebreak will be counted as 2 games.

Be sure to select Save & Next or Save & Exit to record your scores, and you're all set!