Since doubles registration is completed as a team, most of your players will already be paired with a partner. However, if you ever need to create a new team, you will be able to do so!

To create a new doubles team, first, select the two players you would like to pair together from the "Available" list. Once they are selected, scroll up to the action bar and click "Create Team".

Hint: You may need to first add players to the "Available" list by selecting them from the "Players Not in Draw" and adding them into the draw (see below). 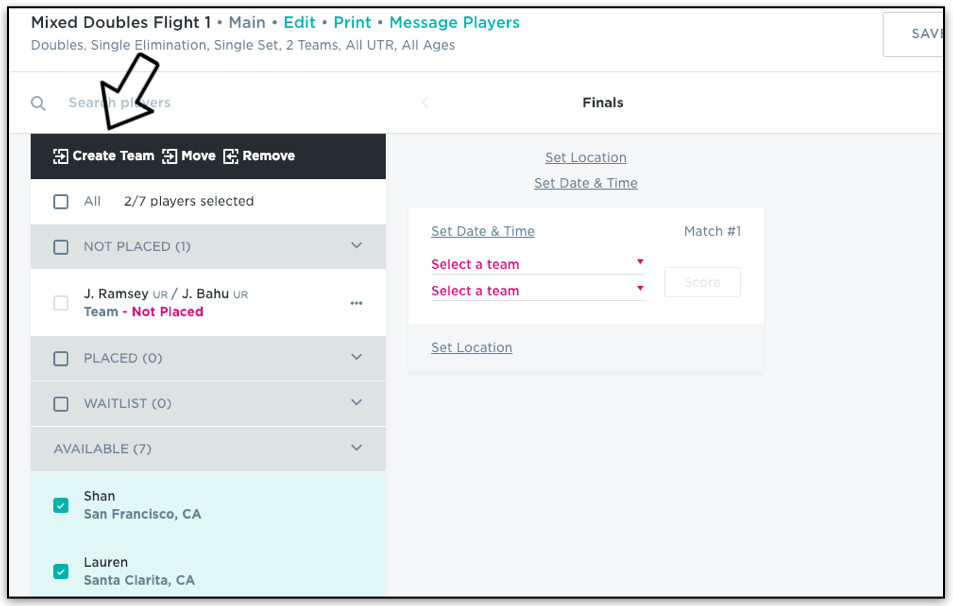 At any time you are also able to split a team by selecting the team and clicking "Split Team" in the action bar. Once the team is split, the players will then appear in the "Available" list. 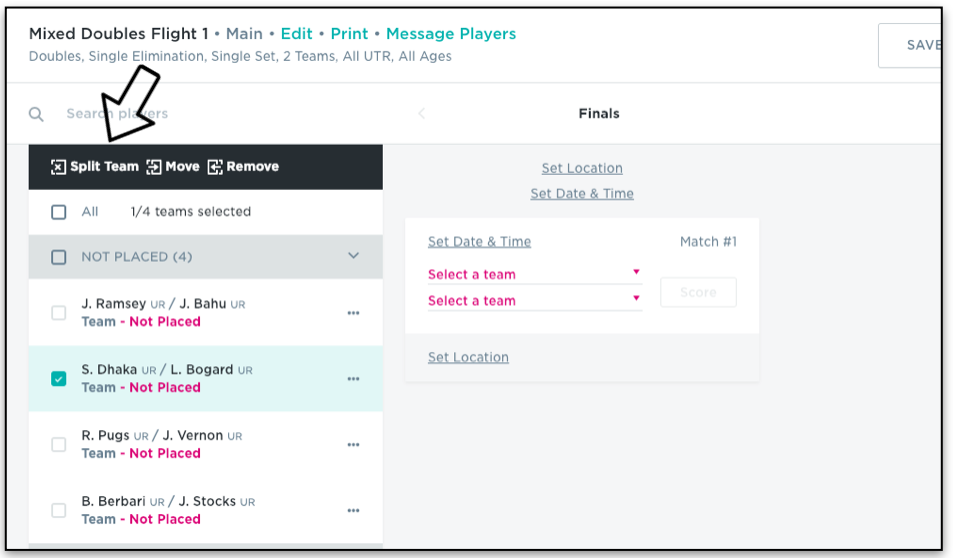 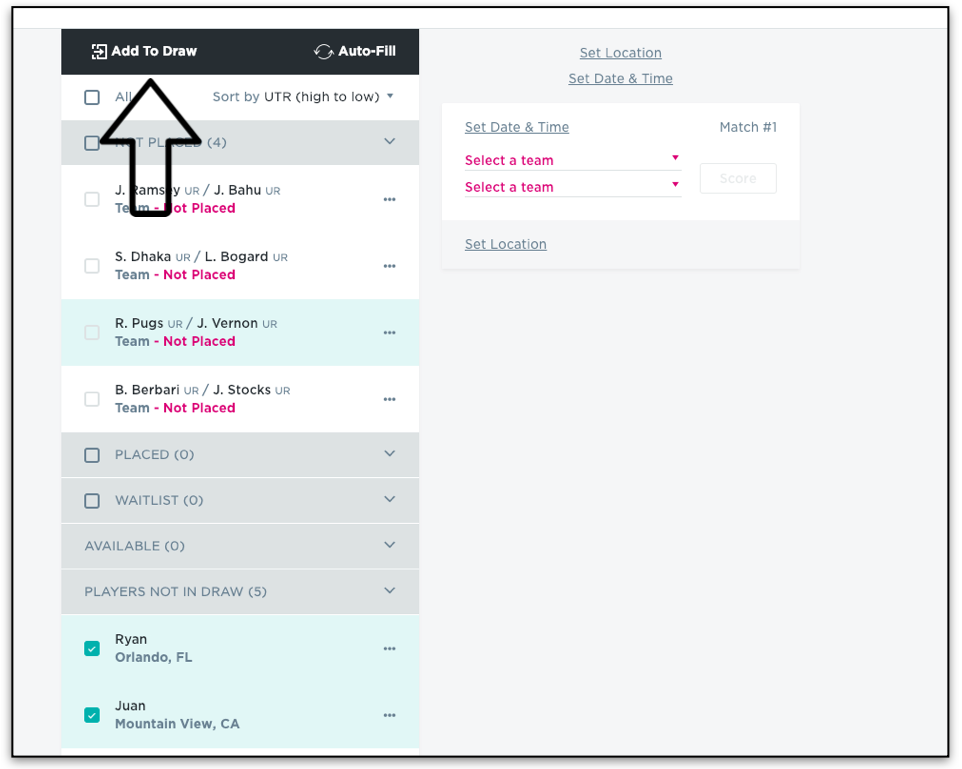 Can I put players in more than one doubles team?

Absolutely! You'll need to remove the original team from the draw without splitting them. The team will be moved to the "Teams Not In Draw" section and the players will re-appear in the "Players Not In Draw" section". From here, you'll be able to add to the draw and follow the steps in creating a new team.

Pro Tip: Currently, Matchplay is the only Draw Type that allows you to have players compete in more than one Doubles team.

** Hitting Save is a critical step! ** If you don't hit save before navigating away from this draw, you'll lose the teams you just created. Any teams in the "Not Placed" section of the draw when you hit Save will be available in the other doubles draws in your event.

Determining Which Player Registered and Paid for Doubles Teams

So, if you were to refund these two teams, Luna and Roxy would receive money back, because Ron and Cho didn't pay.

Hitting a roadblock in creating a doubles team? Send us a note or chat us!